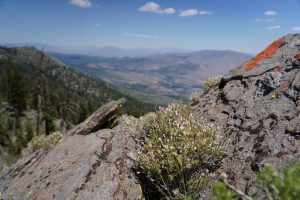 Verdi Peak  and Ladybug Peak provide a beautiful view of Reno and Sierra Nevadas from the California side of the California/Nevada border. The peaks are part of the Verdi range of mountains which span an area North to South of about twelve miles. Verdi Peak is the tallest peak in this small range. The Verdi Range is almost entirely National Park land in the Toiyabe National Forest. 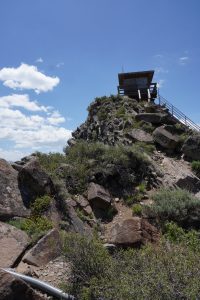 The Verdi Peak fire lookout  provides magnificent views of the surrounding area. In winter the range is covered in snow. This makes it a good spot for snow shoeing and winter exploration.  During the summer there is Boca and Stampede reservoirs, an abundance of OHV trails and roads to explore. This area is close to the Henness Pass, Crystal Peak and Dog Valley areas. All of which have a lot of historical interest. 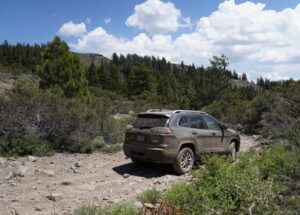 come from the West.  The Eastern approaches  are much more difficult. This is because the Verdi land owners have blocked most of the Eastern access roads.  And hiking the Eastern slope is difficult because of the heavy brush and steep slopes of the eastern side of the range. The western approach is found by the taking the Hirschdale exit from Interstate 80. You will pass the Boca Townsite and Boca Reservoir. Then follow the signs to Verdi Peak.  The road up from the paved Stampede Meadows road is a four wheel drive road.  It is rocky and quite rough.

There are not a lot of links to information on this area.  Below are a few.

Geohack  Not sure what this is?  Check it out, open source mapping applications for map geeks